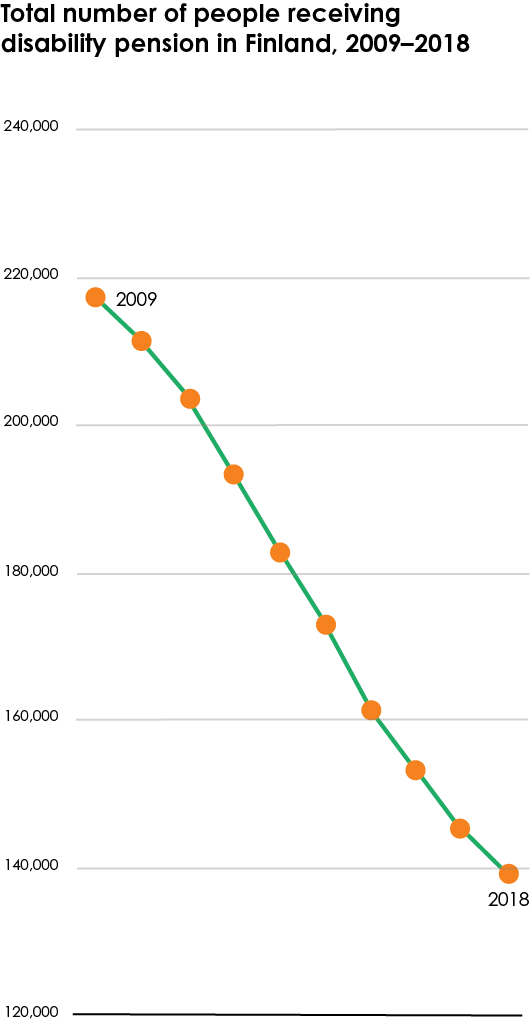 Positive experiences and changing attitudes are visible in employment rates in a positive manner: The number of unemployed people with partial work ability has decreased in Finland for three consecutive years, altogether by 30.2%. This means that in 2019, over 12,000 more people with partial work ability were a part of the Finnish work force than in 2015.

At the moment, the increased employment of people with partial work ability is estimated to save about 100 million euros annually.

This positive development is a sum of many factors, but the one common denominator has been the ‘Career opportunities for people with partial work ability’ (OTE) key project launched by the Finnish government between 2016-2018. During the project, employment opportunities for people with partial work ability were improved e.g. by changes in legislation and the training of 700 new work ability coordinators that work in the private, municipal and state sectors.

The diversification of the work life and more flexible careers than before have also had a positive impact, in particular, on the employment of those people with partial work ability for whom the possibility to work remotely or have shorter work weeks are a necessity for being able to work. Ten years ago, about 66% of the people on partial disability pension were working part-time during their retirement; now the same figure is almost 80%.

By flexibly combining work and everyday life and arranging special accommodations for each employee, it is also possible to prevent work disabilities that stem from burn-out or other mental health issues, which, in the 2020s, are one of the most significant causes for inability to work.

In addition to prejudice and lack of information, one of the most typical reasons to not employ people with partial work ability are the employer’s estimated risks. Because of this, the OTE key project initiated a change in legislation dictating longer trial periods, which has been received with enthusiasm among employers. The legislation came into force at the beginning of 2017 and it has incentivized employers to recruit people with partial work ability by offering employers the choice for longer trial periods and possibilities to extend the trial period if an inability to work causes the employee to be absent during the trial. 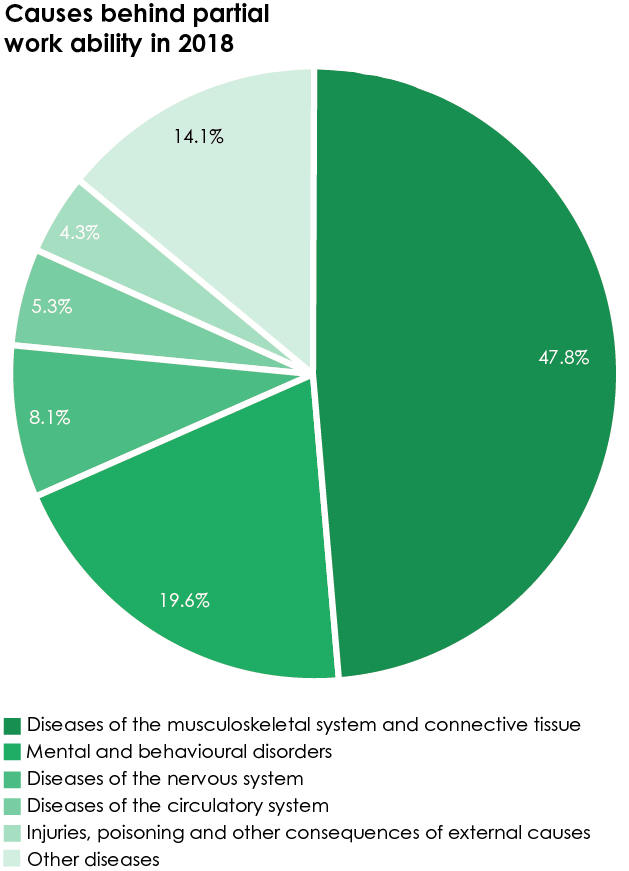 In financial terms, it is estimated that employing people with partial work ability has a 1.3 billion euro annual potential. The calculation is based on an estimate that there are 65,000 people in Finland who are partially able to work, but who have the motivation and skills to work in a way in which they could be earning 20,000 euro more annually. In reality, the unutilized potential is significantly bigger since the calculation doesn’t consider value creation from employment, nor societal savings coming from unpaid unemployment benefits. In 2018, the state paid over 1.8 billion euros for disability pensions. 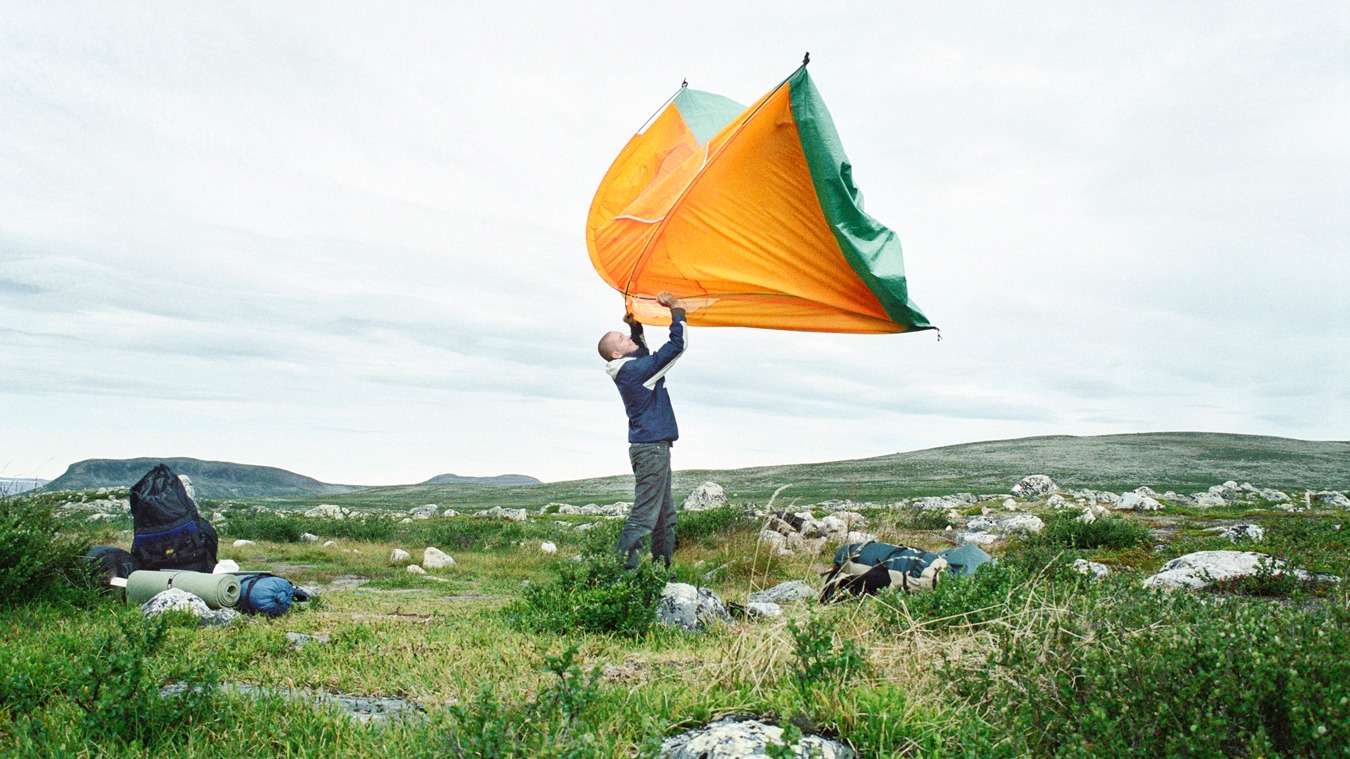 • Partial ability to work shows in many ways: it might be caused by an injury or disability, chronic illness or recovery from a serious illness or a life crisis. Partial work ability is always evaluated on a case-by-case basis, while considering the requirements of the work. Given an appropriate job, a person with partial work ability can be fully able to work.
• According to an estimate by the Ministry of Social Affairs and Health, approximately 600,000 Finnish people feel that their health restricts their ability to work. Approximately 140,000 of them are on full or part-time disability pension and about 300,000 are working.
• In addition, it is estimated that there is a large number of people among the unemployed and outside of work ability services that are not able to work or whose work ability could be improved with rehabilitation.
• The number of people receiving disability pension has been experiencing a stable decline for the past ten years. However, in 2018, the number of people who were on disability pension for the first time increased by 6.5%, compared to the previous year. One thing that might explain the change is the activation model for unemployment security that came into force on January 1, 2018, that defined unemployment benefits and excluded those who receive disability pension. The activation model was abolished on 1 January 2020.
• In 2018, over half of disability pensions were granted as rehabilitation benefits to people who were considered to be able to return to work life fully or partially able to work after rehabilitation. In 44% of the cases, the cause for disability pension was a mental illness.
• Spring House Ltd as a part of the StaffPoint group is an occupational rehabilitation service provider for workplace pension providers, insurance companies, the Social Insurance Institution of Finland, and from the beginning of 2020 for the public sector pension provider Keva. Spring House also offers employment services for people with partial work ability.

"Often, partial ability to work is not permanent. Almost all of us have experienced situations in which an illness or an ailment restricts our work and we have to stay home. The reason might be the common flu or pain in the lower back. It’s not an exaggeration to say that at some point of their careers, all Finns experience partial work ability. However, normally someone on sick leave is considered to be completely unable to work and working would only be an option with certain arrangements, e.g. working from home.

For a long time, we have operated under the false assumption that the problems with employing people with partial work ability could be solved by focusing only on rehabilitation. We now know that the quickest way to bring about change is to alter methods of work and the working environment. Even if the level of functional ability stays the same, a person can become fully able to work in the right environment. The obligation to arrange a suitable environment is stated in the Finnish Non-Discrimination Act.

A good example of a person whose disability didn’t restrict his ability to work is the now-deceased theoretical physicist Stephen Hawking. Hawking was one of the top experts in his field globally, even though the degenerative disease ASL had rendered him almost completely disabled. Motivation must have played an important role for Hawking to be able to work as a researcher despite his restrictions. The correct tools that were essential for Hawking’s ability to work were equally important. In my opinion, the Hawking case demonstrates that everyone deserves a chance to follow their motivation."

The comment was written by Patrik Tötterman who works as a Senior Officer in the Ministry of Economic Affairs and Employment.